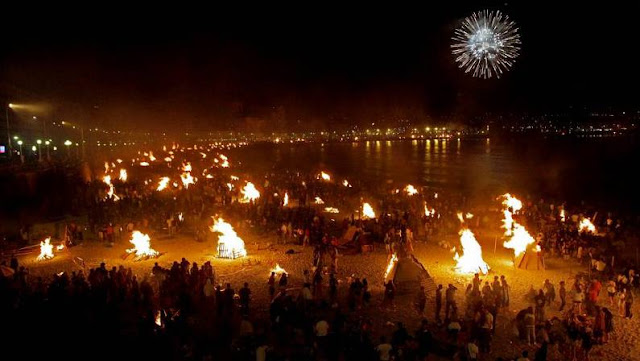 San Juan is the festival celebrated on June 23rd, a magical night that welcomes the summer season.  The celebration takes place during the shortest night of the year; the summer solstice. It is a celebration that is usually held on the beach with roaring bonfires, drinks, food and friends. This welcoming of summer involves a little of everything you should expect from summertime in Spain, but amplified. In Spain, people are said to live outdoors, so the start of summer is a huge excitement. Everyone is ready to have fun, be with friends and family, and celebrate with food, drinks, and bonfires. 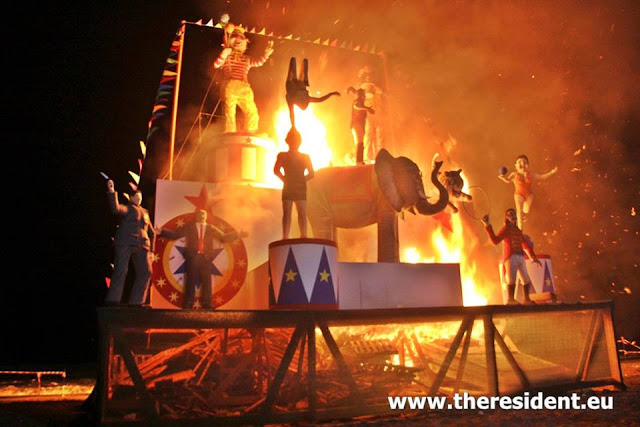 Massive bonfires are built on the beaches in Marbella and the Costa del Sol, which represent purification of the spirit. Huge papier mâché figures and faces are then burned through the night, sometimes starting only at midnight. There is also a tradition, which states that if you jump over the bonfire three times on San Juan Night, you will be cleansed and purified burning all your problems away. Water is also brought into the equation to recuperate and rejuvenate. According to tradition, people jump into the water at midnight in order to wash away evil spirits. You may see others washing their faces and feet three times so they may be granted three wishes and have a successful and happy year ahead. 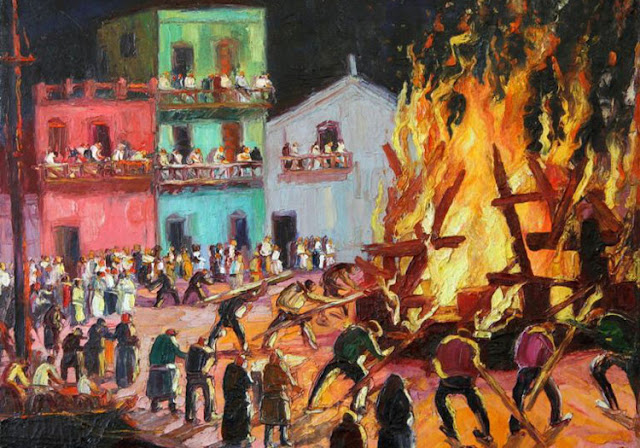 The festival has ancient, pagan origins. Originally a summer solstice celebration, bonfires were lit to honor the sun and to protect against the evil spirits who could roam freely for the night. Overall, San Juan was a celebration tied to nature, honoring the change in season.
After the introduction of christianity, the celebration became linked to the birth date of Saint John the Baptist, the 24th of June. 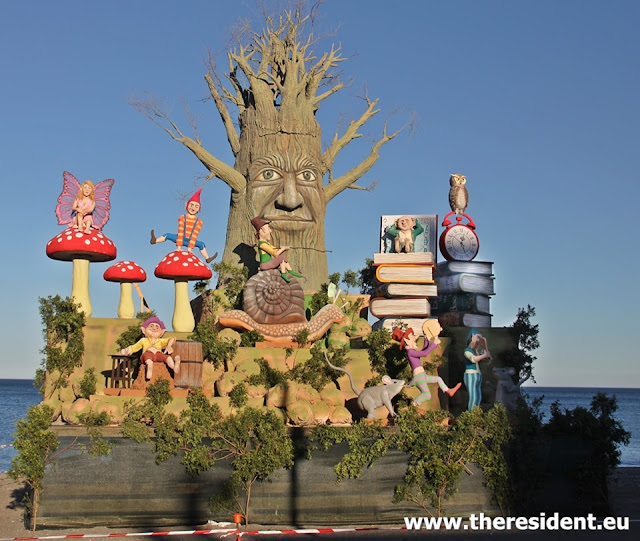 If any town in Andalucia knows how to celebrate this magical night, it’s San Luis de Sabinillas. Every year, huge, colourful statues are waiting on the beach to be set ablaze in a party that will light up the sleepy town, bringing hoards of party goers from all over. 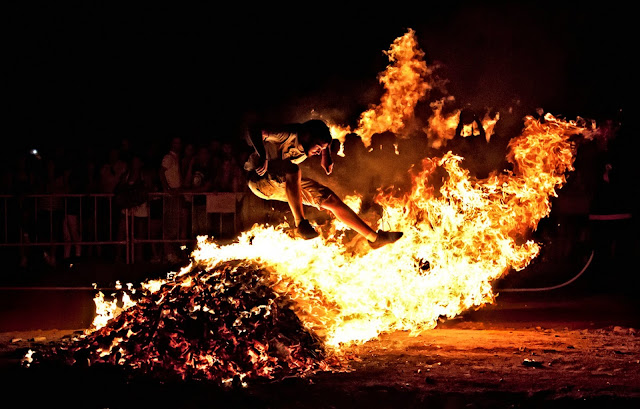 It is also a night full of Superstition. If you want to be lucky for the next 12 months you may want to: 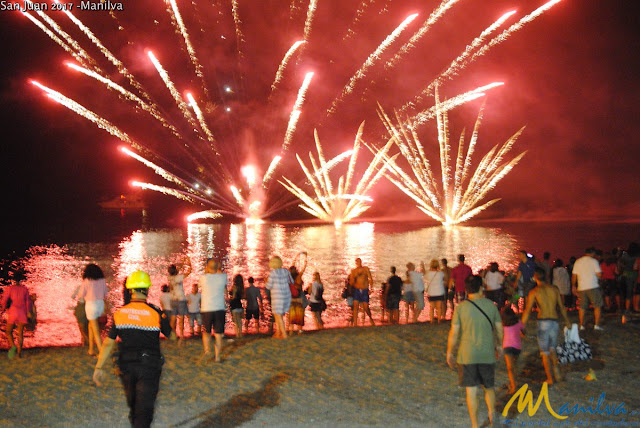 Every region in Spain has different local traditions, however all of them are related to fire and water.

Posted by La Vizcaronda at 05:59 No comments: