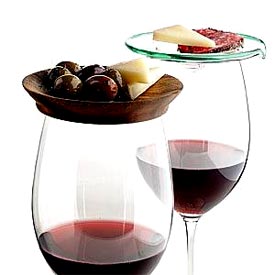 Spain is such an incredible source of unique flavours. From tasty tapas to superb seafood and traditional roasts, Spanish food is all about making the most of the best local produce.

Today we will talk about tapas - small portions of foods, both hot and cold, served in bars, bodegas and also restaurants. Tapas were invented in Andalusia. The word means literally a lid and the term was thought to have come from the habit of having a few nibbles with a drink and the necessity of placing a saucer or tapas on top of a glass to keep the flies out.

Each tapas is really no more than a bite, so you can either sample two or three before dinner, or you can make a meal of them by ordering larger portions, called raciones.

1. Tortilla de patatas - a thick egg omelette made with potatoes and onions and fried in olive oil. It is such a popular dish some call it "the national dish of Spain." 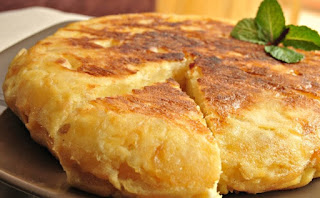 2. Patatas Bravas - is one of the classic Spanish tapas dishes and is served in bars all over Spain. Potatoes are cut and fried in oil before being served with either a spicy tomato-based sauce (like in Burgos) or alongside aioli (like in Valencia and Catalonia). 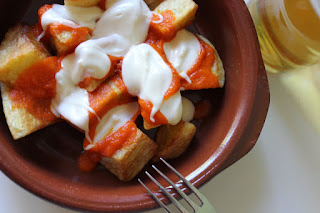 3. Gambas Pil Pil - garlic shrimps. Gambas are an easy, mouthwatering Spanish dish extremely popular in the south of Spain. The focal ingredients are shrimp, garlic, and olive oil, but even so, it’s hard to find two versions that taste the same, as Spanish cooks tend to add their own touches to every food they’re preparing. 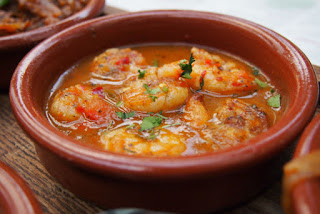 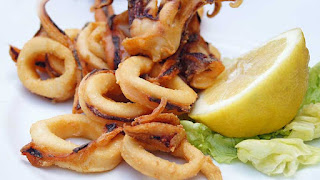 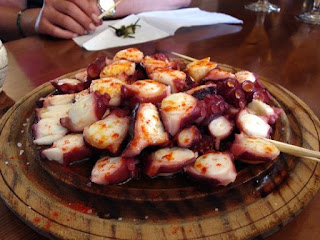 6. Tortillitas de camarones – shrimp fritter. It is a fried dish made with flour, prawns in olive oil, and a hint of lemon juice – crunchy and delicious! 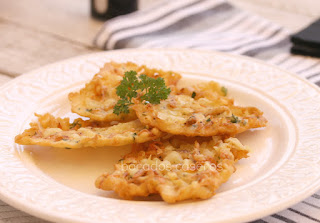 7. Boquerónes - deep-fried anchovies. These little fish come fresh, pickled, or fried, and they’re nothing like the strong and stinky morsels you might have tasted elsewhere. 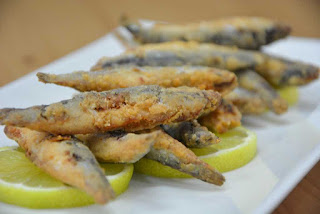 8. Croquetas de Jamón - ham croquettes. They are a small, lightly breaded and fried sort of fritter. Very creamy and tasty. A bechamel and ham mixture turns into a dough that you roll into logs and coat with egg and breadcrumbs - then the croquettes are fried to golden brown. 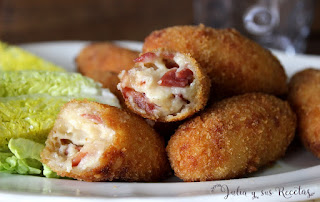 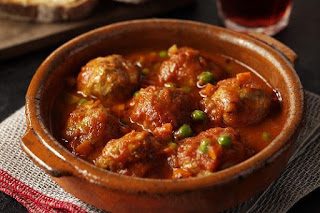 10. Ensaladilla Rusa - russian salad. Potatoes are mixed with tuna, mayonnaise, and vegetables like carrots and peas — may have its roots in Russia, but the dish is popular across eateries in Spain. 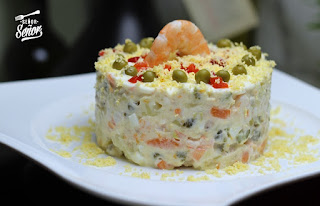 11. Pipirrana Malagueña - is a refreshing summer salad made up of a mix of diced onion, tomato, cucumber, red and green peppers, and dressed with sherry vinegar, salt, and olive oil. 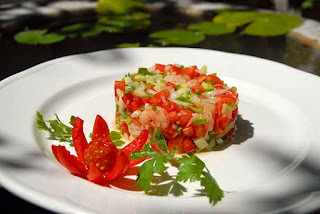 12. Jamón Ibérico - a dry-cured ham produced from Iberian pigs. While you can find it throughout Spain, Andalusia is famous for producing some of the highest quality. 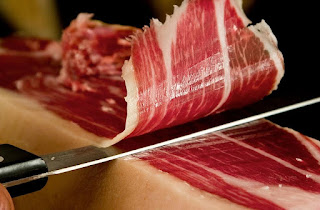 13. Chorizo - it is an utterly delicious pork sausage with lots of garlic and pepper. The Spanish chorizo can be sweet or spicy, served raw as a tapa, or added in various dishes. For a quintessential Spanish experience, try it with Manchego cheese and a glass of Rioja. 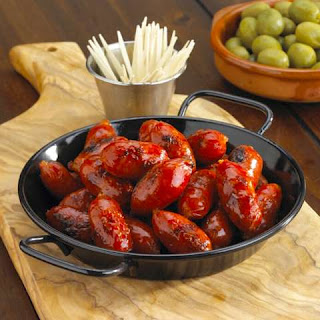