Have you ever been somewhere where you can play your favourite sport 365 days a year? If your answer is “no,” then you need to plan a trip to the Costa del Sol, also called Costa del Golf

With more than 70 golf courses and an average annual temperature of 20℃, the province of Malaga is a true paradise for golfers from around the world.
Below is the list of impressive golf courses and places where you can stay.
1. San Roque - old & new course 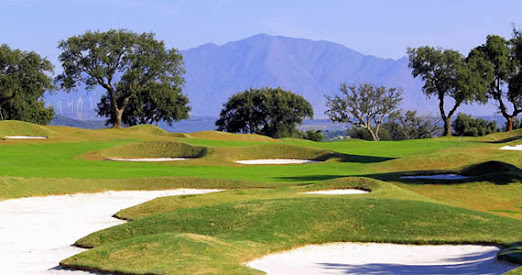 In the foothills of the Sierra Bermeja lies the San Roque Club, whose two outstanding championship golf courses are the reason behind its continued position within the elite of Andalucian golfing resorts.
https://www.sanroqueclub.com/en/
http://www.vizcaronda.com/rentals
2. Real Club Valderrama Golf in Sotogrande

Consistently ranked among the top 10 layouts in Europe, Valderrama is a course linked with tournament pedigree, remarkable design and sensational conditioning. Considered by many to be the best golf course in all of Spain
http://www.valderrama.com/en/
http://www.vizcaronda.com/rentals
3. La Reserva Golf Club in Sotogrande 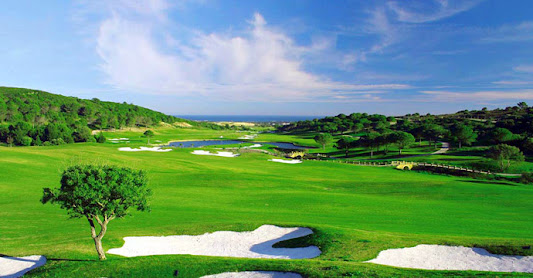 Despite only opening in 2003, La Reserva Golf Club is already considered to be among Andalucia's elite golfing destinations. It's quality is considered to be on a par with its neighbour Valderrama and is a must-play for any golfer visiting Southern Spain.
https://www.lareservaclubsotogrande.com/
http://www.vizcaronda.com/rentals
4. Finca Cortesin in Casares

Finca Cortesin is regarded by many as the most luxurious golf resort in Spain, situated between the beautiful coastal towns of Sotogrande and Marbella, on the road to the beautiful mountain villages of the Casares. While the Finca Cortesin Hotel is astounding, the golf course is the crown jewel, ranked in Europe's top 20 courses, and has already hosted the European Tour’s Volvo World Matchplay three times.
http://www.fincacortesin.com/
5.  Real Club De Golf Las Brisas in Marbella

Any golfer fortunate enough to have experienced Sotogrande will understand what Trent Jones is all about; the subtlety and careful manipulation with which he creates holes demands complete control of every facet of the game. Las Brisas requires both power and finesse, as the course is a full championship length, but the raised greens necessitate a particularly deft touch.
https://realclubdegolflasbrisas.com/
https://www.villapadierna.es/en/
Posted by La Vizcaronda at 06:45