Sierra Nevada – Mountain of the Sun

The Sierra Nevada ski resort is located at Pradollano in the Sierra Nevada Mountains and is a perfect location for your next ski holiday in Spain. It has numerous runs of varying difficulties to satisfy all levels of skiers. Natural snow is supplemented by snow cannons on some runs, and many skiers are pleasantly surprised to find that, because of its southerly position, the air temperature is usually warmer than other resorts. Sierra Nevada is well known as the sunniest ski resort in Europa. Depending on the snow level, the ski season generally runs from the end of November or the beginning of December until the end of April or early May. 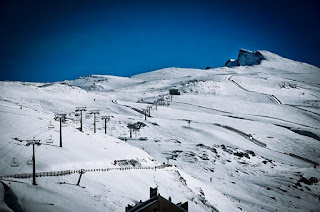 Come sun or snow, the Sierra Nevada is the place to take a walk on the wild side. Europe’s second highest mountain range after the Alps, the Sierra Nevada is home to wild, rugged mountains, fertile valleys and forests of oak and chestnut. Just a few miles inland from the Costa del Sol you would be forgiven for thinking you were on a different planet. 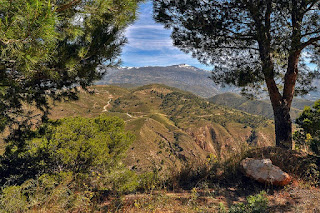 Those travelling with young children will find Sierra Nevada perfectly suited to a family holiday. The resort boasts an ice rink where you can get to grips with skating, and the Mirlo Blanco Activity Zone, which offers tobogganing, ski-biking and bobsledding, as well as mini skis and snowboards for little winter sports enthusiasts! For those seeking some much needed rest and relaxation, the resort offers a heated, outdoor pool, range of saunas and a well-equipped gym; while for those interested in trying some exciting outdoor activities, snowmobiling, sleigh rides and hiking are also popular options.

There is a surprisingly active nightlife in the Sierra Nevada resort. Spaniards have a reputation for being night owls and this it often attributed to a hot climate that encourages people to lie low during the day and come out only once the cool of the evening has set in. However, the winter scene at Sierra Nevada contradicts this - or at least proves that old habits are hard to break. 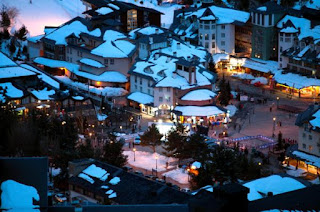 The beauty of a Sierra Nevada ski holiday is the sheer diversity of opportunities available: you could be skiing in the morning, but you could also be lazing on a soft-sand beach the same day afternoon! The white sands of the Costa del Sol are just a two hour drive away from the resort, so it’s certainly worth a trip if you fancy a break from all that snow! Of course, the magnificent city of Granada is also nearby, scattered with Moorish ruins and churches. With spectacular architecture and a distinctly Andalucian charm, it’s a fantastic place to spend a day or two. 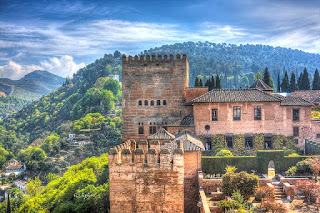 The Sierra Nevada ski resort boasts stunning ski chalets, hotels and apartments. It is small in comparison to other European resorts however the facilities are considered top-rate and it has hosted numerous national and international ski and snowboard events. With its ancient villages, sublime views and remote isolation, the Sierra Nevada is the place to get away from it all.

How to get there!

The Sierra Nevada ski resort and ski station are easily accessible from both Granada or Málaga provinces. From Granada, it is 45 minutes by car or bus from Granada´s Estacion de Autobuse just south-east of Granada city, the provincial capital. It is about one hour from the airport. Visitors should also consider visiting the attractions in Granada city. If you're coming from Málaga airport, the ski station is about two hours driving and is not difficult to find if you head north, following the first to Granada and then to the Sierra Nevada "Estación de Ski".

Please visit www.sierranevada.es/en/ to get more information about local attractions :)